Jean-Claude Juncker, president of the European Commission until November 2019, wrote in March 2017: “The European Union has changed our lives for the better. Now we must ensure that it stays that way for the ones who follow us.”

Maybe we should simply involve the ones who follow us in the shaping of Europe. In a way that meets their requirements: Children are our dearest. 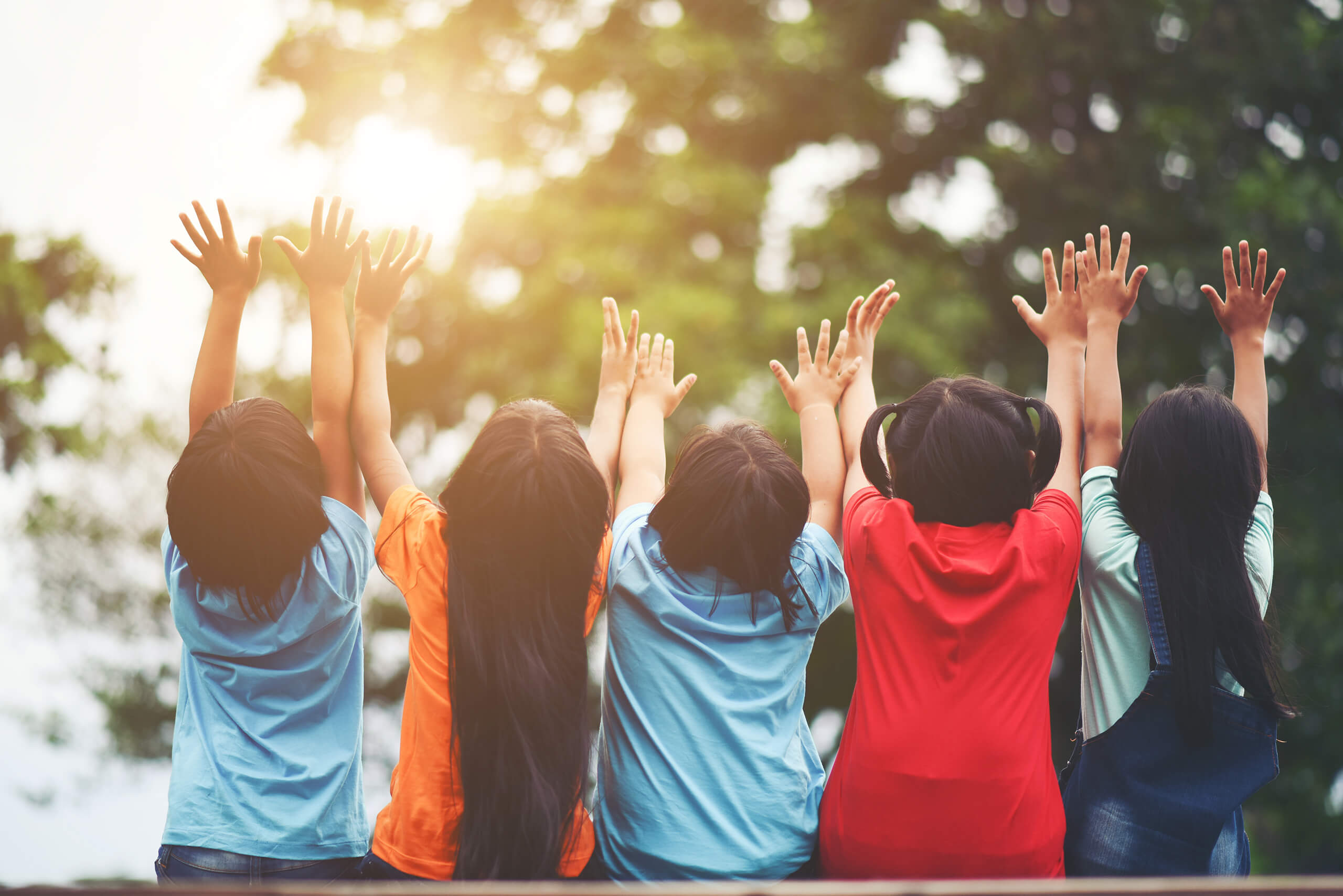 “Children should be enabled to be heard much more in the future – that is one of the main objectives of our association.”

In November 1983, a first idea gave a happy face to this continent. Greek Culture Minister Melina Mercouri introduced her idea of a European Capital of Culture to her European colleagues for the first time. “Culture is the spirit of society. And not less valuable than technology, commerce and economy”, was the message of the former actress. Two years later Athens became the first European Capital of Culture. One could surely not contradict our message neither back then nor today: “Children are the spirit of society. And much more valuable than technology, commerce and economy.”

Europe was not friends at that time. No good mate to enjoy spending a few hours with. More of an annoying companion. An unnecessary contemporary, somehow. The Dutch European Commission President at that time in 1974, Sicco Mansholt described the people’s approval of the European Union and of its leitmotiv “united in diversity” with the following words: “The citizen … turns away and with a certain reluctance lets the institutions stew in their own juice.”

Europe was quite a patched-up union that was about coal and steel (ECSC) and economy (EEC), about Common Agricultural Policy (CAP) and butter mountain, depletion of trade barriers and market regulation. Culture? Nothing doing. Sicco Mansholt: “It is about time to choose between a Europe of companies, commerce, market on the one hand and a social Europe, a humane Europe on the other hand.”

One year later, that is 45 years ago, Belgian Prime Minister Leo Tindemans drafted a “Europe for the citizens” and called for the unifying elements of the European nations. The Europeans of tomorrow must be shown the European reality as a personal and tangible experience, and we must impart them thorough knowledge of our languages and cultures, because this way common heritage grows to protect the European Union.”

Finally, it was about new areas of identification. Because long-term Commission President Jacques Delors is cited to have boiled it down to: “Who will fall in love with an internal market?”

The idea grew – and was extremely successful. What a great gain! Europe could very well be vivacious and colourful, creative and diverse, exciting and contradictory, too. Profoundly humane. A city of culture became the European Capital of Culture. The tentative beginning developed into a success story of more than 35 years. An isolated summer event in one city developed into year-round cultural events in two European cities per year within three phases (The phases of initializing, testing and establishing according to Jürgen Mittag: The idea of the European Capital of Culture). They attract an increasing number of tourists from all over the world. Mittag: “… with the aim to bring the common and the diverse facets of European culture into the focus of public interest.”

The Europe of the early 20’s is under enormous pressure. One speaks of it as a sick person (“Patient Europe”, “Europe of the Selfish”). The idea of Europe is called into question by its opponents, who are multiplying and gathering strength. Growing nationalism, racism, authoritarianism, isolationism, retreat to parochialism, right-wing extremism, regional selfinterest, Brexit. At risk are democracy, constitutionality, solidarity, philanthropy, participation, civil rights, an open society, liberalism, concern and care for the Poor and disadvantaged.

This is Europe through the eyes of the citizens (White Book on the future of Europe):

More than two thirds of the Europeans think of EU as an island of stability in an unsettled world. More than 80 percent favour the four basic liberties of EU (free movement of people, merchandise, services and capital). 70 percent of the citizens of the area of the Euro support their common currency. And yet the citizen’s confidence in the EU as well as the confidence in their national authorities has decreased. Only a third of the Europeans have trust in the EU today; ten years ago it was 50 percent.

This is Europe through the eyes of some experts:

“Rollercoaster” by the British historian Ian Kershaw is a comprehensive history of Europe from 1950 until today. According to Kershaw, one cannot talk about a continuous progress in the process of creating an ever closer union among the peoples of Europe, as it was claimed in the preamble of the Maastricht Treaty in 1992. “Europe fought for freedom and won. It has reached a state of wealth which is envied by a global majority. But its pursuit of unity and a clear feeling of identity goes on.” He foresees a danger: insecurity in Europe caused by terrorism and migration and the return of a rigid and aggressive nationalism could lead to a point where Europe in its fragile state finds itself again plagued by the evil spirits of its past.

The institutional structure of the EU “would be (…) prone to a fundamental crisis, if various grave challenges occurred at the same time – if for example separatist movements, massive economic upheavals, undermining of the rule of law and military tension would have to be dealt with simultaneously.”

“Generally, EU has reacted to the requirements and demands of the economic lobbyists more than to the ordinary citizens. It turned out to be a Trojan horse that strengthened the lasting dominance of the markets over democracy.” As long as this goes on, it is not surprising that more and more people lose faith in the EU and in democracy and follow the nationalistic pied pipers in the end.

He thinks that the EU has never really won the Europeans’ hearts. Because of the missing social dimension millions of workers perceive the EU as a reckless internal market dominated by the big players, above all major corporations particularly from Germany. The European Union is in an existential crisis today it cannot survive according to Martin’s judgement: “The various trouble spots are meshed and will cause the system crash.”

So, what can be done if the social dimension is missing, if people’s hearts must be won and if nationalistic pied pipers should be kept without followers?

If you share our opinion that Europe needs an annual children’s capital to give children and teenagers a voice and involve them seriously in the creation of our future, contact us. Or if you think that your city is the right one to be children’s capital. We are looking forward to all your suggestions, ideas and participation, especially from children and school classes.

Write to us!
Scroll to top